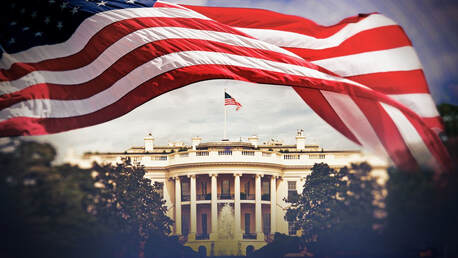 Disappointed in "We The People", depressed and concerned for the future of my country when Donald J. Trump was elected our 45th President in 2016, today, I'm so proud to say that the 2020 presidential election proves the American people are back on the right track in forming a more perfect union.

But, much more now, this team of President-elect Joe Biden and Vice President-elect Kamala Harris represents an opportunity for America, like never before in our history.

Contrary to the Trump campaign slogan of "Make America Great Again", our Founding Fathers (with the exception of John Adams), shamed and dishonored the meanings of the Constitution of the United States by not only endorsing slavery of the African-American people, but, they too, passed legislation of a deeply degrading and humiliating "Three-Fifths Compromise".

It is true that early in 2020 I wrote a quote that stated, "Any country built on the backs of slaves can never have any honor." >B. Chapline<

But now, center stage in American politics, like never before, is the presidential team of Joe Biden and Kamala Harris.  They have the forte to not only heal past transgressions in American history, but, to also, lead America into an all new beginning.

I served my country, faithfully, for the majority of my adulthood as a U.S. Marine, and also served my hometown as a Peace Officer.

Like the team of Biden / Harris, I was entrenched in being a new kind of public servant.

I fought, many times against my own peers.  But, standing as a true public servant, I was destined to care for and protect people who could not defend themselves.

Now that Donald Trump will thankfully be fading away in the coming weeks, the American dream now looms bigger and better than ever before.

So, it goes without saying that I pray that Americans will take advantage of this glorious opportunity to begin an eternal path of probity in bringing equality to all with a lasting internal peace from coast to coast.
Return To Main Page
www.bradleychapline.com/