Guns Are White Supremacy’s Most Effective Weapon
​It Is Possible To Disarm Hate? 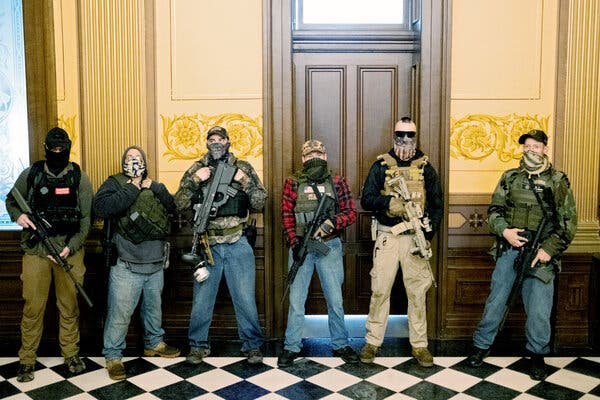 Nearing the age of 70 years, I know white supremacists quite well.

My father, for example, was a WWII veteran and a Christian conservative.  With full knowledge of the atrocities committed by Nazi's against Jews, he never once admitted that Adolph Hitler was the truest savage of all mankind.

For, even after the Dr. Martin Luther King assassination, my father was fully prepared to eliminate scores of black protesters.

Fast forward to my years in the Marine Corps.  In the early 1970's, race wars between white and black Marines were commonplace at Marine Corps installations.  None more than at Camp Lejeune, N.C.  Active members of racist organizations ranged from a host of sergeant major's, to their lowest rank-in-file troops.

But, what stunned me more than anything else were the number of Marine officers who gave a green light to the existence of a host of klaverns within their commands.

Now, fast forward once again to my years as a State Peace Officer.  Beginning in the mid 1980's, the agency I was employed by was bestrewed with law enforcement officers who were either active white supremacists, or, at a minimum, were sympathetic to racist causes.  This included a significant portion of the highest ranking chiefs, executives, and administrations.

Again, fast forwarding two decades to the present. The overall successful infiltration by our domestic terrorists to our institutions now puts our sovereignty at its greatest risk ever for a mobocracy takeover.

The January 2021 attempted coup of our Washington Capitol is just the beginning of domestic terrorist operations.

Make no mistake about it, these myrmidons are a well organized army of domestic terrorists that span across America.   For they are all tactically trained and heavily armed.

My point is, to disarm hate, our legislative, executive and judicial branches would all have to be disarmed.

Either way, our democracy is in deep trouble.

(1)  "attempted coup"?
Amazing that with all the firearms there are in the US, not one single rioter that day had a firearm on them.
I find it hard to believe that a coup in America would not involve guns.

(3)  It starts with hate you missed his point.

(5)  Goodbye hope you have a good day

(6)  I guess it's too hard for you to explain whatever point you think you're trying to make.
Buh-bye.

(7)  I doubt many of them would have been allowed to pack heat at the trump rally. Which is why firearms weren't common at the Capitol.