It's Time To Understand
​ This Biden Voter 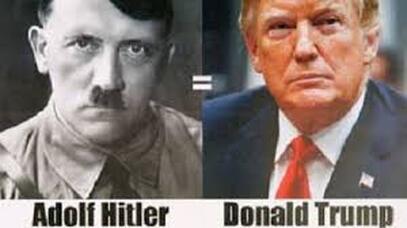 I have never voted.  That is until the 2020 presidential election.

I have always held the personal view that since I was obligated first to my oath as a U.S. Marine, my duty was to be a proper representative of my country.  And this meant, among other things, being politically independent, or better yet, uninvolved.

While I made my share of mistakes and blunders during my Marine Corps years, looking on the other hand, in many dangerous situations, I never took a human life.  In fact, I saved lives.

After my years in the Marines ended, I became a state Peace Officer.  I retired after twenty plus years.  Again, during all these years I never voted.  My oath as a public servant always came first, and I never once fired my weapon.  I still stood clear of getting involved in any kind of politics.

This "no vote" system rewarded me well.  I defended those who could not protect themselves.  I was never accused of using excessive force, being a racist, or a sexual harasser.  But, I did confront department corruption, head-on.

Even after fully retiring in 2008, I still did not vote in presidential elections.

But, after four years of President Donald Trump, that all ended.

For, I clearly saw through Trump's undisclosed ways and means of his intentions of implementing, at his most strategic time, authoritarian rule over America.  In fact, there is clear evidence Trump was following right by the "Hitler Playbook".

Examples are:  (1)  Trump's "Reichstag Fire" were his exaggerated threats to federal property and domestic order in bringing in federal law enforcement from Portland to Chicago.  (2)  Trump's "Nero Decree" was his deadly demand that our society and the economy return to “normal” in the face of the out-of-control COVID-19 pandemic.

But true Americans, I am proud to say have come out to vote in 2020 and saved our country, for now.  Because, rest assured, this fight to keep fascism weeded out is far from over.
Return To Main Page
www.bradleychapline.com/