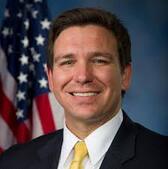 Chapter Four
The Crash
Members of the general's support staff were always looking for ways to discredit me and have me removed as the General's secretary.

But, as the months passed, I was still there and in good graces with General McMillian.

I had remarried and my second wife was pregnant with our unborn child.

The General just adored my wife.  But, she had absolutely no idea of military protocol.

One day my wife walked in to the General's command post wearing a baggy tee-shirt and blue jean shorts.  Totally inappropriate in this area.  So, my wife continued to stroll around the corridor looking for my office.  She could not find me.

Again, not knowing what she was doing, my wife walked into the General's office uninvited.  The General looked up from his desk and smiled at my wife, "Yes, is there something I can do for you?"  My wife replied, "I am looking for my husband, Sergeant Chapline."  The General got up and toured the command post with my wife.  I was nowhere to be found.  All of the other support staff for the General were also out of their offices.

When I got home from work that night my wife told me that she came to my office to bring me lunch, but I was not in the command post.  She went on to say that some nice older man had taken her around the building looking for me, but could not find me.

I asked if the man escorting her was wearing a gold colored oak leaf on the collar of the uniform.  My wife replied, "No."  I then asked if the man was wearing one gold colored bar on his collar.  Again, my wife replied, "No.  He was wearing a star."  I screamed, "What!  You had the fucking general of the base walking you around as a fucking tour guide?  Are you fucking crazy?!"  My wife said, "Yes, he was a very nice man and we had a really good conversation.  I like the General."

The next day when I reported for duty I figured I was in trouble.  But no, I guess the General and my wife had formed some kind of a social bond.  Strange, no one except the Chief of Staff, his Staff Secretary, and the General's aide could walk into the General's office unannounced.  But, my wife could.

Of course, I did not follow that order.  I told my wife nothing of this internal fight with the General's brass.  Several days later my wife was back up at the command post having another personal conversation with the General in his office.  I gave a peek into the General's office and I smiled as I saw both were relaxed in the company of each other, and engaged in probably some type of conversation that was out of my educational range.

I believed the friendship between the General and my wife were good for them.  Just as my friendship with Corporal Vicki Stone was good for the both of us.

I called Vicki and gave her my sincerest apology.  Our friendship was immediately restored.

The next three weeks had passed without incident.  And then the Commanding General called me into his office.  He notified me that I was relieved of my duties as his secretary.  I was heartbroken.  The General apologized, but made clear he had no choice.  He was told by the Staff Secretary that when I had previously reenlisted I received a bonus and signed a contract that I could not work out of my MOS (military occupational specialty).  My MOS was logistics.  I was now packing up my gear in preparation of returning to my old job in the Marine Air Group.

The General's aide was shocked when the General himself walked into my office.  "You'll be staying in my command post.  You'll work at the Brigade logistics office as the base Motor Transport Coordinator.  You'll also retain your secondary job as the Assistant Regional Director of Prisoner Security for the Far East.  You'll continue to train your staff until such time as they can be certified as cross-country chasers.  I hope this has made things a bit easier on you for your impending change of duty."  I thanked the General.

I immediately called Corporal Vicki Stone and asked her to report immediately to my office.  I informed her that she has been selected as my replacement as the General's secretary.  She was absolutely thrilled.

Not more than several hours had passed when Corporal Stone reported in her partial dress blues uniform.  She was dressed to absolute perfection.  The General's Aide asked me, "What is this Sergeant Chapline?"  I replied, "I am introducing Corporal Vicki Stone as my replacement."

"Oh hell no!", yelled 2nd Lieutenant Rogers.  "You send her back where she came from, you hear me Sergeant Chapline?"  I replied, "I don't think this would be in your best interests Lieutenant Rogers.  Corporal Vicki Stone was a part of our K-Bay tactics team.  I think there would be some very difficult consequences to handle should you get rid of Corporal Stone without appropriate cause.  You might want to call Lieutenant Pfeifer over at Camp Smith and talk this over with the Commanding General before you make any rash decisions."

​The General's Staff Secretary, Major Swanson, once notified, was livid.  But there was nothing he could do about it.  I delayed my transfer so that I could train Corporal Stone as the new General's Secretary.  Lieutenant Rogers just kept staring at me in total disbelief.

But, Vicki was only on the job three weeks when shit really hit the fan.  Headquarters Marine Corps had formally taken the gold medal away from the Kaneohe Marine Corps Air Station.  There was sufficient probable cause that cheating had taken place both before and during the tactics competition.  This was a severe blow to everyone on the base.

I was the only administrative person left from the K-Bay Tactics team.  Corporal Vicki Stone was right. I was there as a part of the tactics team, but an NIS (Naval Investigative Service) investigation determined I was not a significant player in the tactics competition cheating scandal.

With all the drama going on in the General's office, the last thing they needed was more trouble.  But, an impending visit by President Ronald Reagan's Secretary of Defense was imminent.  Major Swanson and Lieutenant Rogers needed help in the worst kind of way.  They were short staff, and there was a tremendous amount of work to be done before the Secretary of Defense scheduled arrival.  Everyone knew this visit would pretty much determine the future of Brigadier General Thomas McMillian.

General McMillian's reputation was now in virtual shambles.  The cheating scandal with the competition squad at Quantico was bad enough, but even more drama was about to unfold on the base.  An armory robbery took place at the same battalion to which I was once assigned.  Although an initial arrest had been made by military police, there were rifles, pistols, ammunition, hand grenades, starlight scopes and even several cases of rocket launchers that were missing from inventory.

The first assignment given to me was to take the General's staff car and make sure it was in top running condition.  I was then to wash and wax this staff car to a high shine.  I did follow those orders, however, drinking beers while working on the car, my eventual inebriation resulted in taking the subject staff car out in some heavy rain that night and crashing pools of dirty water.

The following morning I was first to hang Old Glory, then the flag of the Secretary of Defense on the roof of the general's command post.  Working with a hangover, I accidentally hung the Secretary's flag upside down.    To make matters worse when I picked up the General's staff car, it was filthy dirty with mud splotches all over the windows and the body of the car.

I had no time to clean the General's car.  As I pulled the General's staff car in front of the command post, I stood at half-attention waiting for the General.  I sloppily saluted the General, but he gave me a disgusted look and refused to return my salute.

There was absolute silence in the staff car all the way over the Pali Mountains and down into Honolulu.  I passed Pearl Harbor and kept going down the same boulevard until I reached Camp Smith.  The General gave me a very clear and concise direct order.  "Get this car cleaned up and have it ready for when the Secretary of Defense and I come out of our conference.  You understand that Sergeant?"  I replied, "Yes General".

Instead of going to the base motor pool, I decided to pay out of my own pocket to have a civilian car wash in Honolulu restore the General's car.  They did an absolutely beautiful job in a short amount of time.

A gentle morning sun had now turned into a hot muggy afternoon.  I decided to move the General's staff car under a huge tree to get some shade.  I thought I was lucky to get this open spot.  I still had a hangover and was on the verge of overheating.  I had never seen so many military staff cars in my life that were surrounding the Camp Smith conference hall.

​In the coming days I was glad to be out of the General's office, even if it was just down the hall and back at my motor transport job.  But, the general's office had awful long arms.

It was less than a week later when the Staff Secretary, Major Swanson, came screaming into the brigade logistics office.  "Get your fucking ass standing tall in front of my desk right fucking now, Marine!"  I had no idea what was going on.

Major Swanson said, "Your ass is done.  You're fucked.  Your prisoner just escaped from two of your guards.  What do you have to say about this Marine?"  I replied, "Sir, I told you I had other priorities and did not have the time to come back to the General's office.  I had no other choice than to assign less than certified chasers to a maximum security prisoner."

​Major Swanson then assured me that I would be facing a court-martial.  I was immediately relieved of all my duties and sent back to my old Marine Air Group unit as a clerk typist.
​
Click Below For Page Six
www.bradleychapline.com/just-for-the-one-star---page-six.html