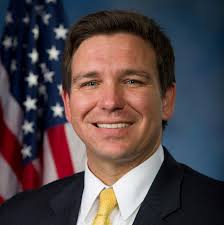 Lieutenant Pfeifer became concerned about the exorbitant amount of 782 gear and weaponry being illegally stored on our compound.  He said that other grunt officers from regular units in the area were apparently jealous of all the privileges we were enjoying.  Our on-duty guards posted around the compound 24/7 had apprehended Marine officers from local grunt units on multiple occasions attempting to breach our security.

But, Brigadier General McMillian was looking out for us.  He had put out a base-wide memorandum that our compound was strictly off-limits to any unauthorized personnel.  The memo further stated any personal caught breaching security on the tactics training compound would face severe disciplinary action.

I received a call from Corporal Stone.  She said that the grading and scoring in the use of rocket launchers at this year's tactics competition had been eliminated from the testing process.

Time was getting close for our drill instructors and our squad of Marines departing the Kaneohe Marine Corps Air Station for the tactics competition back at Quantico, Virginia.  I wasn't even getting nervous.  I knew we had the gold medal in the bag.

I had received another call from Corporal Stone.  Vicki wanted to have a private meeting with me that night at the base pizzeria and pub.

She was concerned that our MCAS competition squad Marines were over-trained and knew too much of the testing process.  She warned me that this could well throw up red flags for those who would be monitoring the competition.

I wasn't listening.  My train of thought was, if we were perfect in competition, no one else could possibly beat us out of that gold medal.

Vicki and I then set business aside.  We both filled our bellies with pizza and got rip-roaring drunk.

We got into her car and headed back to the tactics compound.  The minute we drove into the parking lot the on-duty guard was approaching us.  Once I identified myself, the guard was satisfied and went on about walking his post.

With a bottle of wine to enjoy, Vicki and I talked the night away.  I think she was telling me a lot of things she shouldn't have been talking about.  It was all about her past job in Washington, D.C. while assigned duty at the Capitol building.  She certainly had picqued my curiosity.

Vicki told me all about our elected Senators back in Washington.  The frequent wild sex parties with young girls and the alcohol flowing with cocaine flying up the nostrils of some pretty important people.

At the end of our night, Vicki and I both agreed that our pasts proved that serving our country truly was just a phony front for propaganda, and really had little to no meaning.

​I was trusting Vicki, but not enough to tell her about the cases of rocket launchers I had hidden in my supply room.
​
Click Below For Page Four
www.bradleychapline.com/just-for-the-one-star---page-four.html