Collegiate
​Political Commentary
"Nothing New Under The Sun"​ 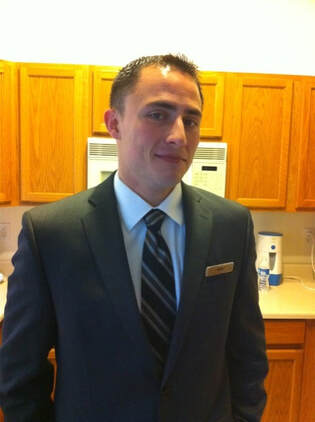 The United States just concluded one of the most contentious elections in American history according to many political pundits and media outlets. Are these analysts and experts correct or is that perspective due to hyperbole and a lack of insight? In actuality, there are many historical examples of division and controversy stemming from presidential elections.

From early on in the nation’s history, the House of Representatives decided two presidential elections, including awarding Thomas Jefferson the presidency in 1800 due to an error or a possible conspiracy, and again in 1824 with John Quincy Adams becoming President of the United States with allegations of back room deals and corruption seemingly resulting in Adams nominating another presidential challenger, Henry Clay for the coveted position of Secretary of State. Discontentment from election results was a contributing factor to the Civil War when Abraham Lincoln became President of the United States with only forty percent of the popular vote, and then the election in 2000 was determined by the United States Supreme Court’s controversial ruling that a voting recount in the state of Florida should be halted, ultimately awarding the presidency to George W. Bush even though his opponent, Al Gore won the popular vote by more than 500,000 votes. (Pruitt, 2016)
The most controversial and contested presidential election may have been in 1876 when Rutherford B. Hayes won the presidency through a committee decision two months after news organizations declared his opponent, Samuel J. Tilden the winner. Hayes lost the popular vote but won without the required number of electoral votes due to Florida, South Carolina, and Louisiana voting results being excluded because of allegations of Republican “vote stuffing” and armed white Democrats preventing blacks from voting through intimidation in Southern states. (King, 2012)


There has been a growing movement coming from the Left to censor the speech of opposing viewpoints by any means possible including the banning and suspension of social media accounts, deplatforming and the outright cancellation of prior or existing contracts and agreements. There is also an increasing number of Liberals advocating for the creation of a registry containing the names of Conservative supporters, that enabled or supported the previous administration for the purpose of enhanced surveillance and or possible retribution. The justification for these beliefs is to prevent dangerous actions or violence from individuals they view as subversive. These lines of thought bear a striking resemblance to a Right-wing movement of the 1950’s called “McCarthyism” named after Senator Joseph McCarthy. “But the term is often used to describe a broader practice of making accusations about individuals, about their political loyalties, or about any other attribute deemed subversive, without regard for fairness, evidence, or due process.” (Fernandez 446) Senator McCarthy engaged in an indiscriminate campaign to find and identify citizens suspected of supporting Communism, therefore being a danger to the country and being subversive.


It seems that there is nothing new in the world of politics no matter what we might believe. In the words of French writer Jean-Baptiste Alphonso Karr, “The more things change, the more things stay the same.” King Solomon of the Bible was considered to be the wisest man to have ever lived according to tradition, and his wisdom from almost three thousand years ago is still valid when looking at recent political events. Solomon is credited as the author of the book of Ecclesiastes and stating:


What has been will be again,
what has been done will be done again;
there is nothing new under the sun.
Is there anything of which one can say,
“Look! This is something new”?
It was here already, long ago;
it was here before our time.
No one remembers the former generations,
and even those yet to come
will not be remembered
by those who follow them. (Ecc. 1.9-11)
Return To Main Page
www.bradleychapline.com/