Nixon, Reagan And Trump:  Three Evil Peas In A Pod 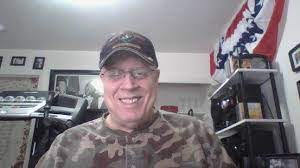 As a former U.S. Marine, I've been in the midst of "Republican Chaos" since the first Richard Millhouse Nixon administration.  And, for me, personally, my years with the Marines ended with the horrors of the Ronald Reagan administration.

Aside from Nixon’s disastrous human rights decisions in Vietnam and the ever-popular Watergate scandal, there was clear cut evidence that Nixon was guilty of tax fraud to the tune of $500,000.00. There was also substantial proof that Nixon stole $17,000,000.00 of public funds for improvements on his properties.

And then there was the corruption of the Reagan presidency. Across America, Reagan, as one of his first acts upon his inauguration closed down all federally funded mental health hospitals and facilities. This act while putting tens of thousands of the mentally ill on the streets, with absolutely no hope or chance to ever recover, gave Reagan the financial opportunity to create his spurious “Star Wars” defense system.

And, in my eyes, if this wasn't more than enough corruption, Reagan prematurely discharged thousands of Vietnam veterans approaching their retirement years.  With no financial benefits for their years of service, many of these veterans fell into poverty and homelessness.  Sadly enough, many of our veterans further exploded America's homeless and mentally ill population.

So, while it is fact, Nixon, Reagan and Trump are "three evil peas in a pod", Donald Trump is surely the most unscrupulous and threatening of them all.

Stay on your toes America.  Trump and his henchmen are not giving up anytime soon and they have no problems in further damaging our democracy.
Return To Main Page
www.bradleychapline.com/