President Biden
And
His Marines
"One" 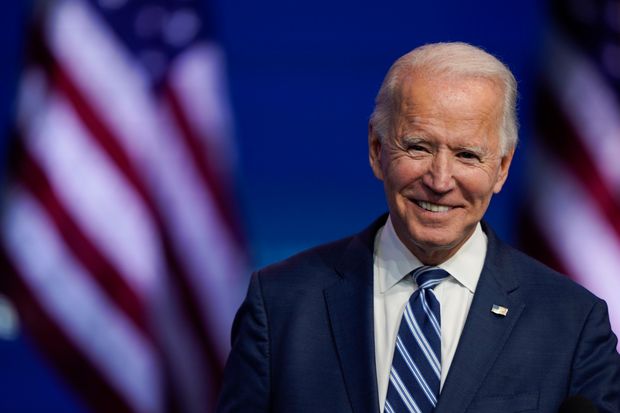 I'm a former Marine Corps sergeant with a career that took me from a ground-pounding grunt to not only a commanding general's secretary, but, as well, other top-level enlisted positions.

There was a lot of standing at attention, parade rest and saluting protocols when the cameras were rolling.  But, in contrast, in private times, situations were quite relaxed and informal.  Some would say things like this should never happen between enlisted servants and their presidential executives.  Those that do, are wrong.

Most high ranking officials that I worked for called me by my first name.  Others called me by a polite nickname.  In either case, when a person of great authority was informal with me it told me they had the greatest of trust and confidence in my abilities.  So, yes, the majority of the time out of the limelight was a very informal environment between an enlisted servant and their sachem.

So, when President Biden receives a message through his earpiece to salute the Marines, for example, it was just a friendly reminder if he chose to do so.  I saw the video.  There was no disrespect or forgetfulness from either the President or the Marines.

The Marines were standing at attention, and President Biden, walking by, complimented the Marines on their outstanding uniform appearance.

No harm, no foul, anywhere.  I say, get a life to those people who are looking for something wrong.

Those Marines on duty at the White House are very special.  Joe Biden is a very special President.  Therefore, U.S Marines and President Joe Biden are a perfect fit.

(1)  May you have fair winds and following seas, Marine!

(2)  Thanks, Marine!
As a junior officer on an Admiral's flagship, I can second the Sergeant's story. While there are definite protocols when the Admiral is on the bridge, it's a very informal atmosphere, with no doubt who's in charge.

(3)  True patriot, especially in these trying times. Thank you very much.
​Return To Main Page
www.bradleychapline.com/