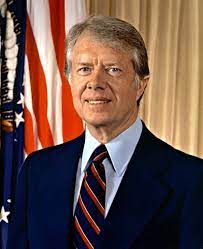 ​In the 1950's - 60's I grew up in a small and devoted Christian Conservative township.  They were experts at concealing their depravities behind their religion, but were open to their outright racial aversions towards people of color.

White kids that I went to elementary school with learned their racist behaviors from their parents.  Standing out like a sore thumb, I was defiant.

There were a total of three black kids in my school.  Two male, one female.  Acres of gravel banks separated the privileged homes for whites and the shanties for blacks.

Trouble started between me, my family, and the neighbors I grew up with when I defended the school's lone black girl against a rabble of white kids.  My parents gave me a quite severe punishment.

But, months later, when the same black girl became quite sick, I took, from my home, large quantities of homemade chicken noodle soup to her hovel.  I sat at her bedside each and every day until she fully recovered.  This time my punishment became physical.

At the beginning of a new school year, this same black girl had to walk two and a half miles through the rugged terrain of the gravel banks to reach her school bus stop.  It actually would have been a shorter walk to school.  Anyhow, allowing a black child to ride a school bus with white kids was considered to have been a major breakthrough in this town.  But, for the first three days, the black girl was harassed and threatened by white kids.

Finally, I stepped in at the bus stop and fought the white horde.  I pulled a knife on my schoolmates and threatened to use it if the black girl was kept from riding the bus.  I was suspended from school and withstood another whipping from my parents that left me with multiple bruises, cuts and abrasions.

I would forever be known as the town's "n-lover".  Six decades later, it appears that label still remains intact.

Fast forwarding to President Donald Trump who has lead his mass following of Christian fascists out of the closet, most of my family members and their descendants have joined the modern day Republican movement in becoming even more racist towards people of color.  And additionally, more politically radicalized.