Surprise,
Trump's Lawyers Had A Defense 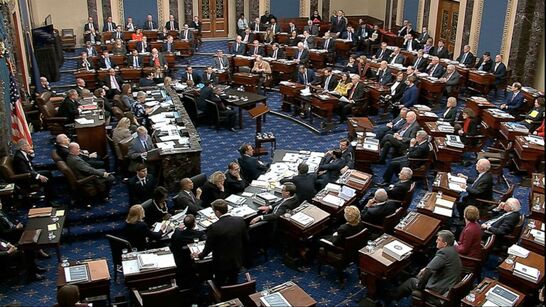 ​
Prematurely, within my bailiwick, I was all ready to convict Donald Trump of incitement of insurrection after watching the two days of testimony from the Democratic Impeachment Managers.

I didn't expect much of an actual defense from Trump's legal team.  Because, after watching the bumbling attorney's first day of so-called attestation, I was quite sure the evidence to support a conviction against Trump would remain overwhelming.

But, I should have told myself to wait until all the testimony was delivered.  Because, the second day of testimony from Trump's legal team painted a whole new picture of the trial.

And why?  Because as it turns out these words are all protected under the First Amendment.  And how did Trump's lawyers prove this?  Actually, quite easily.

First, Trump's words, in a legal colloquy, he did not encourage an imminent lawless action.  This is authenticated in the "Brandenburg Test".

However, this does not mean in the aftermath of a congressional acquittal that Trump walks away free from legal repercussions.

In my eyes, former President Donald Trump clearly neglected and violated his sworn oath to protect and defend the Constitution of the United States of America.

This alone, if prosecuted by present Attorney General Merrick Garland, would be more than sufficient to keep Donald J. Trump from ever holding public office again, should he be convicted by a federal petit jury .

BChap53
No, but your ignorance and stupidity is showing quite well.

Carl Womack
Have you read Brandenburg and the cases applying it. Get back to me after you have.

BChap53
I know it well, but, I have no desire to debate a full-blown palooka.  Go away!