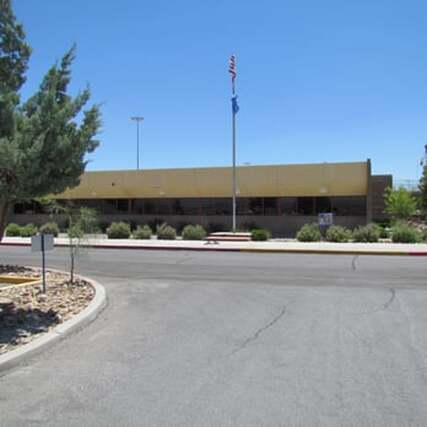 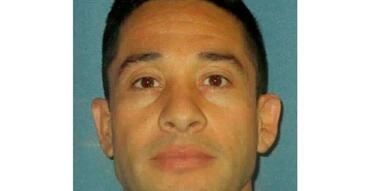 29 SEP 2022  LAS VEGAS (AP) — Police have arrested a convicted bombmaker who escaped from a Nevada prison where he was serving a life sentence for a deadly 2007 explosion outside a Las Vegas Strip, authorities said.

Las Vegas police said they received information Wednesday night that a person matching the description of Porfirio Duarte-Herrera was in the area. Officers took the man into custody, confirmed he was Duarte-Herrera and arrested him, the department said in a statement.

Additional information wasn't immediately released by Las Vegas police.
Gov. Steve Sisolak had earlier ordered an investigation into the escape after he said late Tuesday his office learned the escapee had been missing from the medium-security prison since early in the weekend.

Officials didn't realize until Tuesday morning that Duarte-Herrera, 42, was missing during a head count at Southern Desert Correctional Center near Las Vegas.

Duarte-Herrera, from Nicaragua, was convicted in 2010 of killing a hot dog stand vendor using a motion-activated bomb in a coffee cup atop a car parked at the Luxor hotel-casino.

Records show his co-defendant, Omar Rueda-Denvers, remained in custody. The 47-year-old from Guatemala is serving a life sentence at a different Nevada prison for murder, attempted murder, explosives and other charges.

A Clark County District Court jury spared both men from the death penalty in the slaying of Willebaldo Dorantes Antonio, whom prosecutors identified as the boyfriend of Rueda-Denvers’ ex-girlfriend.
​
Prosecutors said jealousy was the motive for the attack on the top deck of a two-story parking structure. The blast initially raised fears of a terrorist attack on the Strip. 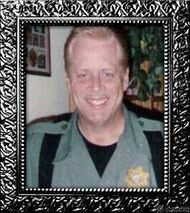 Well, well, well, the ineptness and the corruption of the Southern Desert Correctional Center has finally exploded with the nationally recognized escape of inmate Duarte-Herrera.

I've read all the posts in this forum. Many of these older members may be having issues with their memories and/or the truth.
Most supervisors from my first day with the department in 1987 have indirectly encouraged paper counts. They wanted their officers' counts to clear, expeditiously.

There is no way at SDCC that a legitimate count, especially on night shift in a housing unit could clear in ten to twelve minutes. These were all paper counts. But, it's what SDCC supervisors wanted from their officers.

I remember more than a few supervisors shipping me off to the towers (for punishment) because they said my counts took too long. The inmates were complaining to supervisors because I awakened them when they were not showing living / breathing skin. My counts took a minimum of twenty minutes on night shift.
Yes, by the illegitimate standards of SDCC count procedures, I was slow. However, I never once counted a dummy. Never had an escape while I was on duty.

But, frequently banished to the towers on night shift, guess what I saw during many counts? Nothing. No flashlights in the unit corridors. Amazing isn't it? In total darkness, counts still cleared in ten to twelve minutes.
When I reported this to my supervisors, I was labeled a snitch and a troublemaker.

Wasn't that nice! Now, old supervisors and their officers are posting in this forum how well they did their jobs way back in those old days.

Well, in 2008 when I retired in good standing, I left the following passage for SDCC and its staff:

A Message To My Fellow Prison Officers

"Corruption cannot possibly comply with the elements of the U.S. Constitution."

To all the corrupt and inept prison guards of whom I've had to fight my way through, you've all never been capable of stirring enough dirt in my career to cloud my true honor of being a peace officer.

Many of you wanted me to respect your unscrupulous ways and means, but my honor damned it. You attempted to make me fear your power, but, you actually steeled my resolve. You wanted to physically tear me apart, but, my seams became stronger.

In retiring in good standing in 2008, this Corrections Officer won the fight, but, at the same time, Nevada's prisons remained a hotbed of ineptness and corruption."

From 1987 until now at SDCC, nothing has changed under the sun. Proven once again during this Duarte/Herrera escape.

By Bradley Chapline​
Well…the NDOC is back in the news again.  This time, with our illustrious governor sitting at the head of a conference table with all his NDOC managerial parasites.

Was anybody really listening to what was being said in these so-called high level meetings that was aired by the media?
This was a virtual carbon copy of the meetings all the NDOC “bigwigs” had after the 1990’s back to back escapes from the Southern Desert Correctional Center.  They were all making false promises to correct everything that was wrong with the prison, while successfully sweeping all the ineptness and corruption under the carpet.

The fact is, the Southern Desert Correctional Center cannot be fixed.  It’s impossible.  It has been too far gone for too many years.
Back in 1987, when I hired on, the Nevada Department of Prisons / Corrections was so drenched with ineptness and corruption that the few good officers that existed were either forced out of state corrections, banished, or, they were set up by their fellow officers / custody management.  And while there has been more than adequate probable cause to support these allegations, officers not on the take have had death threats and acts of injustice, up to and including violence levied against them.

In present day, at the Southern Desert Correctional Center, WHO ARE THESE CORRECTIONAL STAFF THAT ARE ON ADMINISTRATIVE LEAVE?  What are each one of them suspected of in this so-called probe?  Is the governor and our new director of the NDOC keeping this information secret from the Nevada taxpayers?  Of course they are, and we should not stand for it!  Release their names, NOW!

Anything less, and the corruption of the Southern Desert Correctional Center will continue to fail and fleece the people of the state of Nevada.​
Ken Harroun
Yeah... private prisons are the shining example of correctional professionalism.

"Stay strong, stay safe. Remember, there is honor in performing your duties to the absolute best of your ability, and, willpower conquers ineptitude."

​B. Chapline Oct 2022
By:  Bradley Chapline
·
In summing up the present and past history of the Nevada Department of Corrections, and, more specifically, the Southern Desert Correctional Center, I found the words some years ago to describe its history.​

"Somehow, state corrections officers came to wear the banners of both state peace officer and prison guard. These rival occupational tags surely did not exist harmoniously in a prison environment. For, at many junctures and locations, a stronghold of staff corruption exploded both prejudices and divisiveness in our so-called institutions of rehabilitation."