The Next Attempted Takeover
Of
America's Democracy 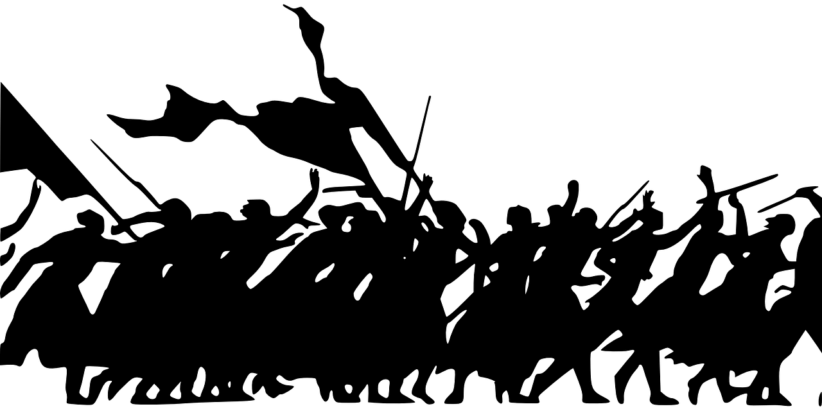 The footage of “Trump’s Domestic Terrorists” attempting a coup of America’s democracy at the U.S. Capitol did not affect me in the least.

My wife, of over forty years, sitting next to me, kept glancing back and forth, waiting for me to say something. At least, she wanted me to show some kind of emotion. It would not happen. Nothing I saw surprised me.

I am a former sergeant, U.S. Marine Corps, and a retired state peace officer / academy instructor. I knew without doubt a significant percentage of the insurrectionists on January 6, 2021 had either military and or law enforcement backgrounds. For, I once battled them, internally, spanning over three decades. I know their habits and traits, quite well.

For unquestionably, these masterminds of terror were the ones who did the strategic planning of “Trump’s Attack On Congress”.

These White Nationalists are, in fact, a conglomerated gang of dedicated and determined fascist’s.

For decades, they have been organizing, recruiting, developing and infiltrating America’s legislative, executive, and judicial branches of our local, state and federal governments.

Today’s domestic terrorists, many of whom are actively disguised in a public servant’s uniform, have been ready to act, when called.

January 26, 2021 was their calling, their time to takeover the U.S. Capitol in Washington, D.C..  They were fully prepared to lynch and kill by means of torture as many elected politicians as possible.  In the aftermath, mobocracy, much to their pleasure, would then rule over democracy. They would only take their orders from Donald Trump.

Trump would then have established his own authoritarian government.

Remember, there were 70 million Trump voters in the election.  This army will try again.  America is still in danger of losing its democracy.

We had better set aside the images of the recent insurrection, and focus on defending our democracy against the next attempted coup by our homegrown domestic terrorists.

(1)  Fortunately for us.. these are fragmented groups.. at least for now.

BChap53(A)
Be advised, I'm quite sure they are regrouping into an even more powerful force.  We need to set aside all of our comforts and protocols.  For, eliminating this enemy, at least in our life time, cannot possibly happen.  But, we can contain them by cutting off their lines of communication and their acquisitioning of arms.


(1)  They likely are regrouping..
But also fortunate for us.. They are conflicted people at the core. They are marginalized by their own nature. They are malcontents. Agitators.
They wouldn't be satisfied even if they got what they think they want.
Ultimately.. doomed to fail because who they are.
(Same with their co-opted "leader", one DJT****)
It is REALLY hard to get people who are basically anarchists, rabble rousers... to organize beyond showing up and making a bunch of noise.
Think about the damage they COULD have done if they actually had much of any plan on the 6th.

BChap53(A)
If I haven't learned anything else as a former Marine and a Peace Officer, I know that underestimating the enemy is usually a very serious mistake with horrible consequences that accompany it.  Just ask the Capitol Police Chief.
Return To Main Page
www.bradleychapline.com/